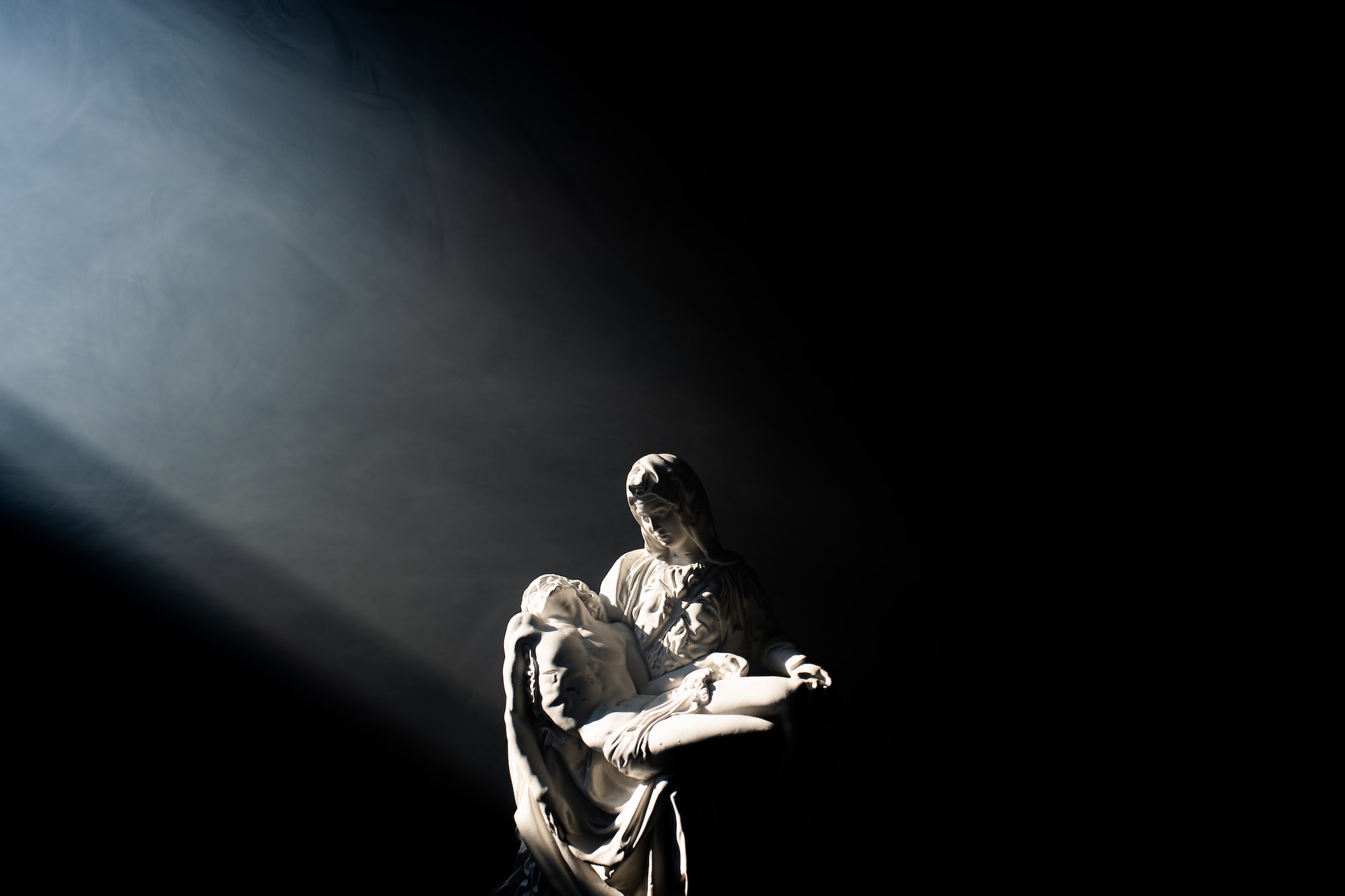 The sight of her still body lying on the tarmac got my mind racing. Could it be her? How did this happen? My mind raced through the worst possibilities. I tried to logically piece together the situation. But the train of thoughts was riding on a rollercoaster of emotions. Anger, sadness, regret, disgust, revenge all danced around me, save for hope. I hobbled hurriedly across, my cane rattling along noisily.

I acted stoically: picked her up, and carried her back to the yard. Guilt crept slowly in as I lay her gently down on the damp earth. It must have happened in the wee hours when I was busy, talking to people halfway across the globe. What if I didn’t have my earphones plugged? Had I heard her scream, I could have saved her.

But, here she lay, dead. No doubt about it. The finality of that actually relieved me from the doubt and uncertainty in my head. The swirling emotions suddenly quietened to leave behind a strange calm. The youngest and most lively member of my cat family was no longer with us.

Do All Lives Matter?

Tell me the truth. Did you actually breathe a little easier knowing it was a cat and not a human? Don't feel guilty about it, if you did. When my uncle died recently, I received many condolences. In the midst of a nationwide lockdown, family and friends gathered to complete the final rites. The ritual was elaborate, a logistic nightmare in these difficult times. Yet, everyone was determined to make the funeral at any cost.

Contrast this with my cat, who I am burying in my own garden. Right alongside the many who came before her. Cats, dogs, and squirrels. Not many were expecting me to be grief-stricken. Shocked perhaps by the ghastly nature of the end. But not distraught. I wondered why? Is it assumed that the loss of human life does not compare to that of an animal?

Another recent death flashed across television channels and the interwebs. Was it so because the young movie star Sushant Singh Rajput died by his own hands? 15 million followers online shared sadness, regret, anger, and blame. Nepotism in the film industry & the social stigma of mental disorders was alleged. Would the shrill clarion call for justice bring about systemic change? That's left to be seen.

Not just for celebrities, all funerals are social events differing only in scale. What of one's personal grieving process? There is no single way to adapt to the gaping void left behind. The memories of the dead stream repeatedly without pause. Daily routine becomes a welcome distraction. There are so many unanswered questions. Much left unsaid - gratitude and blame left unexpressed. The mind struggles to forget because the heart refuses to forgive.

Death ceases. Breath. Movement. The long struggle many endure as they journey through life. The haunting pain of childhood trauma ever-present. Suffering the hope of healing from terminal illness. Death brings an end to everything we're conscious of. And unaware of. Death is often a deliverance. Except it does not discriminate between good times and bad times.

Who's Loss is it Anyway?

My cat lost her life. I lost my cat. Who's loss is greater? Am I mourning her loss or mine? The more I think of it, the more I realise how selfish the process of grieving is. As it should be. It's my personal loss. What did my cat lose? In the eternal cycle of life, her body will nourish the earth and provide life in another form. If energy is neither created nor destroyed, was anything really lost?

But her presence in this world as we know, is no more. Which makes death a social event. And therefore, death deserves a boisterous celebration. A remembrance of the vivacity of her life lived till the hilt. Sharing of memories, anecdotes and events of her life. Reminiscing her influence in my life and that of others. Should not a feeling of joy and abundance spread across all present? Instead at funerals, there's a palpable fear of one's own mortality, writ large on every face.

The fact that you can still breathe is in itself a celebration of life. How deeply do you cherish each breath? Let’s see. There's the time you almost got hit by a bus as you crossed the road. That one time when you bungee jumped over a river gorge. When you ran across the finish line of that marathon. The sigh of satisfaction after a sumptuous meal. The peak of orgasm, unaware of yourself as apart from the other in that moment of eternity.

When you think of it, there are so few moments you truly feel alive. Why fuss so much about death then, when your life itself is barely alive? Let's instead make moments worth turning into memories. Memories, others can share and celebrate when we're gone. Let's make a highlight reel to watch when death comes knocking. Leaving with satisfaction as family and friends bid goodbye in a last celebration of life. One last breath of life and love.

I watch twitter threads on my feed, outlining lessons learnt from an individual, book or program. I wonder how much I could learn, were I to apply the same concept to my cat. Every death, a celebration of life lived, can also offer a syllabus of lessons gleaned. At a funeral, imagine if everyone present were to share the lessons learnt from the life of the departed. The collective knowledge derived would be a true testament to the person's life. A deep sense of fruition of life and enrichment to the community.

Isn't this why mythology and religion uses stories of people's life experiences? To teach, to impart and to inspire the generations ahead. Instead of ’hiding’ death from them, the young can learn the lessons of life they need. From the people they know in their circle of influence. A funeral can thus be a healthy way to imbibe in children, an honest understanding and appreciation of mortality. Remember, even lives not so well lived (per society's norms) offer lessons for all. How can you use death as an impetus for growth?

Like everyone else, you want to learn the way to win, but never to accept the way to lose - to accept defeat. To learn to die is to be liberated from it. So when tomorrow comes you must free your ambitious mind and learn the art of dying! - Bruce Lee

For all his ambition, Bruce was prepared for his passing and lived his life to the hilt, achieving everything he set out to do. Further back in history, the Samurai contemplated every day on the various ways in which life may end. Death for a Viking was little more than a step on the next journey. The way of the warrior in any culture prepares them for death. But what of the rest of society?

Death at close quarters, tests the philosophy you choose to live by. Regardless of your religious belief system, there is a need for an agnostic experience; of accepting the phenomenon of death as natural. When corporations have succession plans and exit strategy, why not individuals? Not just a will to transfer material property but a true knowledge transfer can involve a spiritual transmission of life's experiences and lessons learned. Once death is accepted and embraced as a phase of life, you can prepare a phased plan to the disinvestment of life.

As I sat there mulling philosophically about death, the other cats came to observe her motionless body. The fear, obvious. Their legs trembling, they sniffed furiously trying to make sense of this phenomena. The older cats however stayed far away from the body. Were they ignoring or simply accepting the fact of death? I've laid to rest many of the dogs, cats, squirrels, snakes that live around me.

Every time, I've noticed, adult animals accept death and avoid the dead. The young though are curious and afraid. Is it the instinct of survival that enables them to accept and adapt? What benefits, if at all, do humans gain from a long-drawn period of grieving? Perhaps, we can learn from nature in accepting and adapting to death. Living life after death.

The very next day, the adult cats are back to caring for the younger kittens. The younger siblings, who gazed fearfully at her dead body are playing again, after a brief period of intense contemplation. They appear to be even more full of life now, as if reinforced by the death of their sister.

YOLO! I don't think millennials can really lay claim to this. Animals seem to know it at a cellular level. They do not suffer from death, not because they don't love deeply, but because they accept and adapt quickly. This is the way of nature. We humans, on the other hand, suffer greatly. Not because our love is greater, but because we get stuck in emotional quicksand. Because we struggle to adapt to the sudden change in situation.

Well, not death, but surely the rituals associated with it. As a society, we choose to celebrate birth and mourn death. While the loss of a loved one is always painful, a sudden death is even more shocking. While traditional rituals work to reduce the onslaught of the emotional storm, is there no better, dare I say, personal way to deal with it? Does the 'one-size-fits-all' grief redressal ritual really work at the level of the individual?

I want to heal. I'm not just looking for an anesthetic for the pain. I'm not looking to forget the hurt. Nor do I want to ruminate painfully, digging at the yet raw wound. I found my own personal way of adapting. I wrote, laying bare my emotions, in that state of shock, as a purge. As if she were still alive, I read that letter aloud to her. I bare my soul. The joy of her presence, the sadness at her departure. For that period of time, we are one. Like she never left me.

This is the End, my Friend

Yes, death is painful. The process of death is. The loss of a loved one is. The period of grieving is. Death is painful. Well, so is life. But that's not all it is. There is so much more to life and I will live it. In all it's shades and colours, all it's emotions and feelings. Pain, pleasure and everything in between. Life is to be enjoyed and not just endured. Just like death is to be expected, and cannot be avoided. The end is just the beginning. I will celebrate her death, by remembering the energy and enthusiasm she lived with.