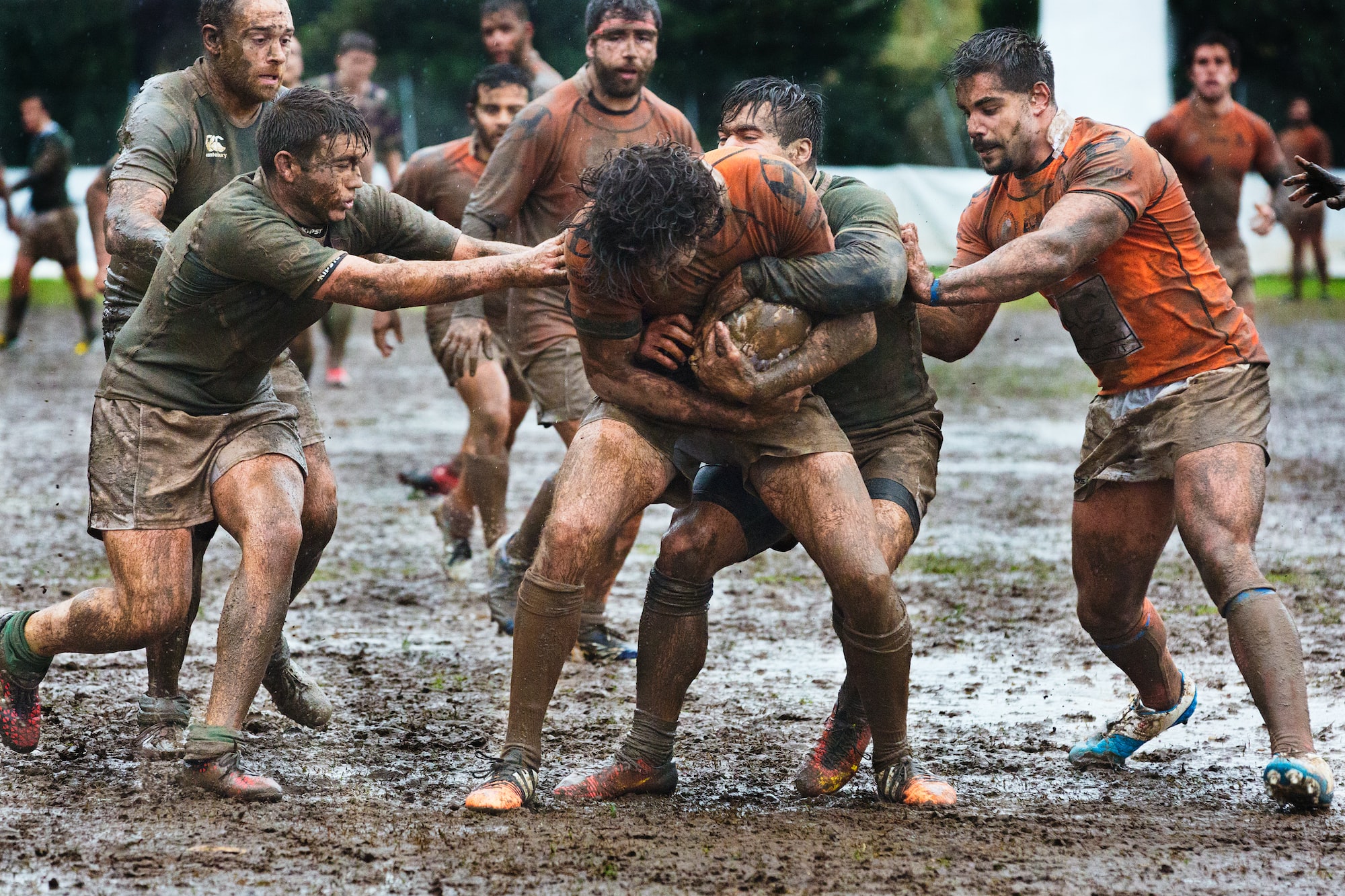 the overarching narrative today is that fighting is to be frowned upon. the world firmly believes that the modern perception of civilisation has saved the world from savagery and incessant combat between tribes.

yet we see conflict and wars across the globe. they’re covert instead of overt. they’re proxy wars instead of full declaration of war. is the world really more peaceful than it was a hundred or a thousand years ago?

we look at children fighting as silly and frivolous.

oh.. stop fighting over toys, i’ll get you another one. it’s just a game, don’t fight about it.

funnily enough, that’s exactly what we’re doing as adults. fighting over land, property and status games. the stakes are now higher than it was in the playground and we’re dying in the process.

back to childhood combat. you’ll notice that children gravitate towards fighting. when they are not chaperoned, they grapple and wrestle and kick and punch each other. uninterrupted they soon find the boundaries of pain, both physical and emotional. they learn how much it can themselves as well as others.

but if we don’t allow this explorative experience to unfold organically, we’re leaving the child ill equipped to deal with aggression, violence, bullying, and domination.

a common accepted trope is that adult fighting is serious business. whether it is combat sports or military battle. i think it is serious play.

cats or rather kittens spend close to 16 hours a day play fighting as they grow up. the constant combat teaches them interpersonal skills, hones their survival instincts, and sets the stage for discovering their position in the social hierarchy.

children in indigenous cultures benefit from the same experiences as they grow up. the culture of combat is an integral part of the rite of passage of growing into an adult. the child has to prove his worth, both to himself and to the tribe.

which brings another vital aspect to the conversation. tribe. community.

we fight to live together

whether as a tribe or a nation, we live and fight together against the enemy. but who is the enemy?

the enemy is sometimes a construct designed to unite the tribe. sometimes an external entity, sometimes an internal conflict. regardless, nothing can unite the community better than a fight.

the fight for survival is an equally potent fight that brings everyone together. because of unity in strength. because we’re social creatures. because community is our default state of being. we’re not designed to survive alone.

either against an external enemy or against the internal demons of loneliness. but it’s harder to connect and stay connected with a common cause. and nothing rallies people towards a common cause than the clarion call of war.

i don’t believe in peace. it’s an inert state of being which is ethereal and cannot be held for any period of time. so if we don’t want to be at war, then we need to be at play. actively and enthusiastically.

exactly as we would be in a state of war. active, energised, and involved. so too in the state of play. this is the only way to sustain the mystical peace that we’re looking for.

when two states fight, they at each other, tooth and nail. militarised combat reigns of course. but social distrust and hatred is obvious as well. economic boycott of trade is the norm. there is an orchestrated assault from all fronts.

if we want peace, then we must aim for the same spirited aggression through play. by actively playing in all spheres; trade and commerce, military games, sports, and cultural exchanges.

children engage in roughhousing with utmost seriousness. every aspect of the being is involved; physical, mental, emotional, spiritual. even spiritual, yes. in fact this is the most important aspect where we can learn from children.

the primal and the spiritual seem at polar opposites and man has over the years developed elaborate religious rituals and social practices to bridge the divide. but the most effective method still remains coitus and combat.

for sex to come into play (pun untended), puberty has to initiate the season. but combat is prevalent at every stage and phase of life. this feisty, spirited energy is not meant to be ignored, demeaned or suppressed.

instead let us give reign to it through play. engage in battle. debates, dance offs, rap battles, good ol’ fashioned fist cuffs. do you remember rolling in the mud with a friend over something that seemed super important at the time. but you don’t remember what it was now.

what you do remember is that you were both quick to get back up, and be friends again without long drawn bouts of ‘silence is violence’ or elaborate plans of revenge drawn out to extinguish the other from one’s life.

how can you build a culture of friendly combative exploration in the playground with your playmates?

A good fight should be like a small play but, played seriously.
Bruce Lee