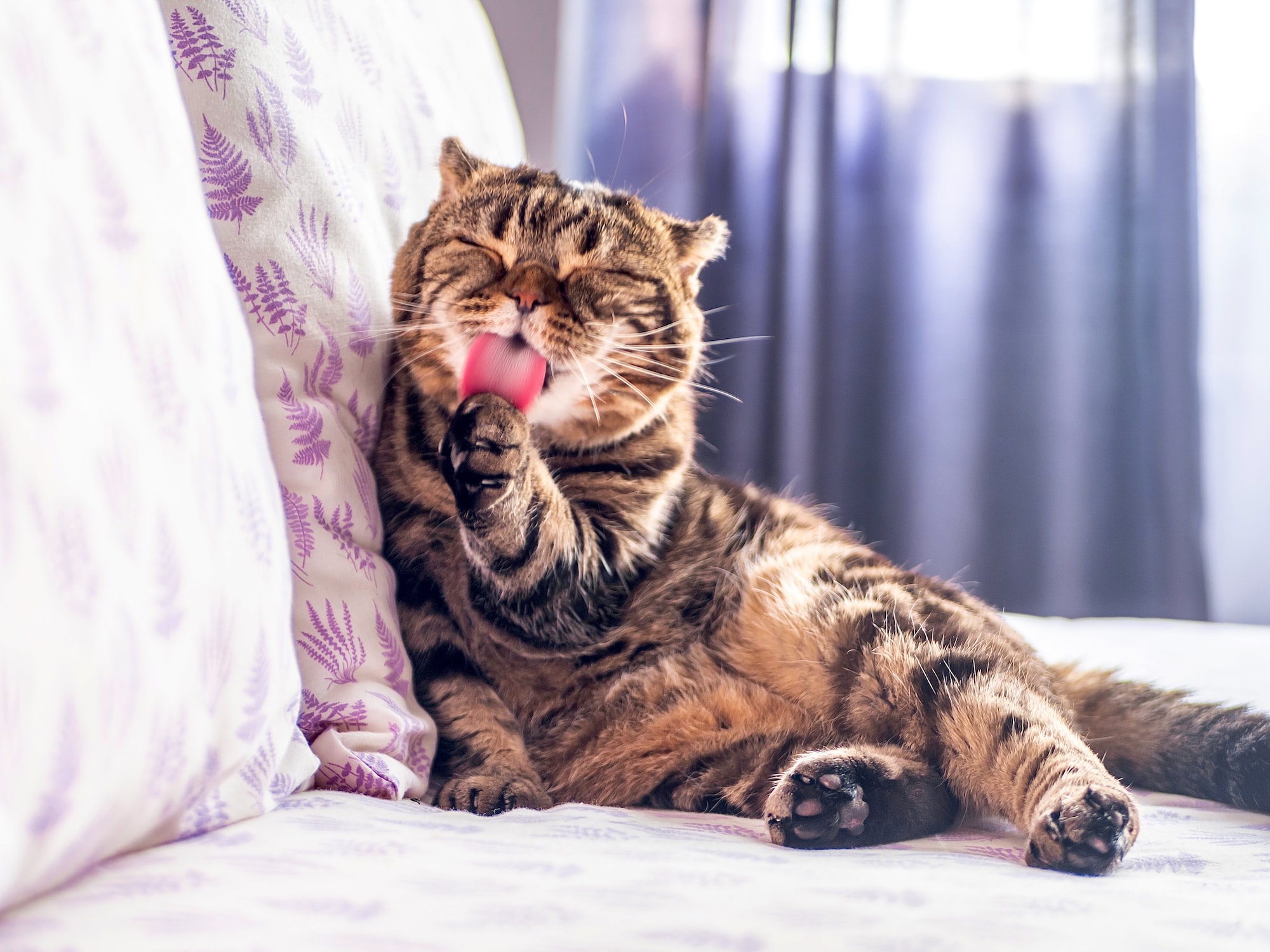 cats are sticklers for cleanliness. hygiene here is seen by their ability to care for their own selves physically. but the same quality is also seen in their mentality should you observe them closely.

cats don’t take kindly to bullying. they treat themselves like kings and queens and demand of you to treat them likewise. they are comfortable in solitude and yet are quite capable of demanding your company should they feel like it.

physically they are dexterous and agile of course, but mentally too, they are able to engage in combat one instance and revert to languid repose the next. i can get quite carried away by these wonderful creatures but let’s just focus on the independence and interdependence; both qualities that cats can easily exhibit.

cats are always seen licking themselves and while this might be seen as hygiene, there’s more. this is the opposite of neglect. this is self care. they are constantly caring for themselves. even licking their paws and wiping clean the parts their tongue cannot reach.

they rub themselves against objects and squirm on the ground to get themselves the back rub they want. they sharpen their claws on tree barks and of course furniture these days.

they maintain their agility, suppleness and strength with minimal yet diligent effort. they are always studying their surroundings thus retaining their cognitive curiosity. physically, they stretch before sleeping. they stretch after waking.

on the subject of sleep, they lavish attention on their naps, never skipping one. not do they feel guilty for wasting their time doing nothing but sleeping.

and when hungry, they’re quite capable of hunting down animals or insects on their own, with great success. they may even hunt just to play with the prey and practise their traits.

for all their success as solitary creatures, cats can be very social and collaborative even without a top-down leadership hierarchy to guide them.

not just keeping themselves clean, cats help each other stay clean. with an almost religious fervour, cats lick and clean other cats.

they don’t exercise but they play with each other through simple games of chase or play fighting. this is part of their physical development and growth through interactive engagement.

cats curl up with each other for warmth or security thus learning to be dependent on each other whenever available.

while hunting, they maybe choose to use each other in a game to bring down their prey using multiplayer tactics and strategy. they are wise enough to realise that hunting together greatly increases their chances of success

all these observations are probably true of most animals, but rarely true of most humans. how can we learn to be fiercely independent and capable while also being open enough to connect and play together?

these lessons are even more important during this pandemic crisis and the post pandemic world where we must be capable of independent action and interdependent collaboration.