small talk always scares me. whether it’s professionally or personally. whether it’s with friends and family or with casual and intimate lovers.

but first let’s define small talk. actually it’s easier to define what it is not. it is not real talk. and what is real talk? that’s easy, an exchange of one’s fears and desires.

it’s easy to claim to be real. it’s also easy to see through those claims. when was the last time you shared your fears with someone? anyone. a therapist or a priest. or a best friend.

and did you actually reveal the truth and nothing but the truth? which is hard to believe even if you did, because we only see a sliver of the truth from our limited perspectives.

therefore, sharing our fears requires us to know them first. do you have a book of  fears? the first step to confronting one’s fears is actually knowing them. and to combat those fears, you gotta know them deeper than you’d like to. then to vanquish them, you have to accept that they’re designed to help you. lol, what?

haha! let’s start with step one for now. just make a list of all your fears. silly ones. irrational ones. rational ones. imaginary ones. ejaculatory ones. pardon the pun, it just rhymed with imaginary. never mind, i mean list your sexual fears too.

maybe i’m not meeting enough people, but almost everyone’s bucket list seems to be the same to me. everyone’s ambition is also generally the same. it’s almost like watching participants of a beauty pageant rattle on about world peace.

desires are hidden as efficiently as our fears. both fit in that deep, dark box we only open in our loneliest moments.

one is easily aware of professional and career ambitions and even personal goals such as securing and stabilising relationships. but is that all there is to life?

let’s get started on another list now. list of desires that have ever crossed your mind. again they need not be valiant goals. they need not take you to Mars. or they could. whether it’s changing your underwear or the world, list it down without judgement.

we’re only dabbling with step one. know your desires. don’t say no to your desires. even the socially unacceptable ones or sexually taboo ones.

what is happening to me?

as you dig deeper into Pandora’s box, you’ll find yourself unable to recognise the person you see. you may not believe that the person who has these fears and desires is but you.

but it’s only when you look behind those fears and desires that you will begin to discover who you really are. not who you thought you were. not who you want to be seen as. not what your friends and family recognise you as. not what the world wants you to be.

it takes intense life experiences to remind us that frivolous desires can be most satisfactory and chasing them it’s worthwhile. a woman going through pregnancy will testify to the satiation of sweet cravings as an example. any endurance athlete will cherish that first sip of nutrients as if it were nectar of the gods, post activity.

i tend to simplify both desires and fears as falling under the primal buckets of [[ feeding, fucking and fighting ]]. excuse my proclivity for the profane, maybe i just like being crass or maybe i have no class.

regardless, we will find that culinary desires and fears rank feature often in our lists. tasting that rare single malt whiskey that you can’t yet afford to buy. savouring that exotic chilli that you have to travel to the Himalayas for.

we like to believe that the modern world allows for greater satiation of sexual desires, but visits to museums and ancient temples like Khajuraho will remind you that you have barely even dusted the cover of the Kama Sutra.

combat is something civilised citizens abhor yet combat sports are the most watched and fastest growing forms of entertainment. even those with disdain for physical exertion delight in a feisty debate. not to mention the joy of a simple pillow fight or snowball exchange. 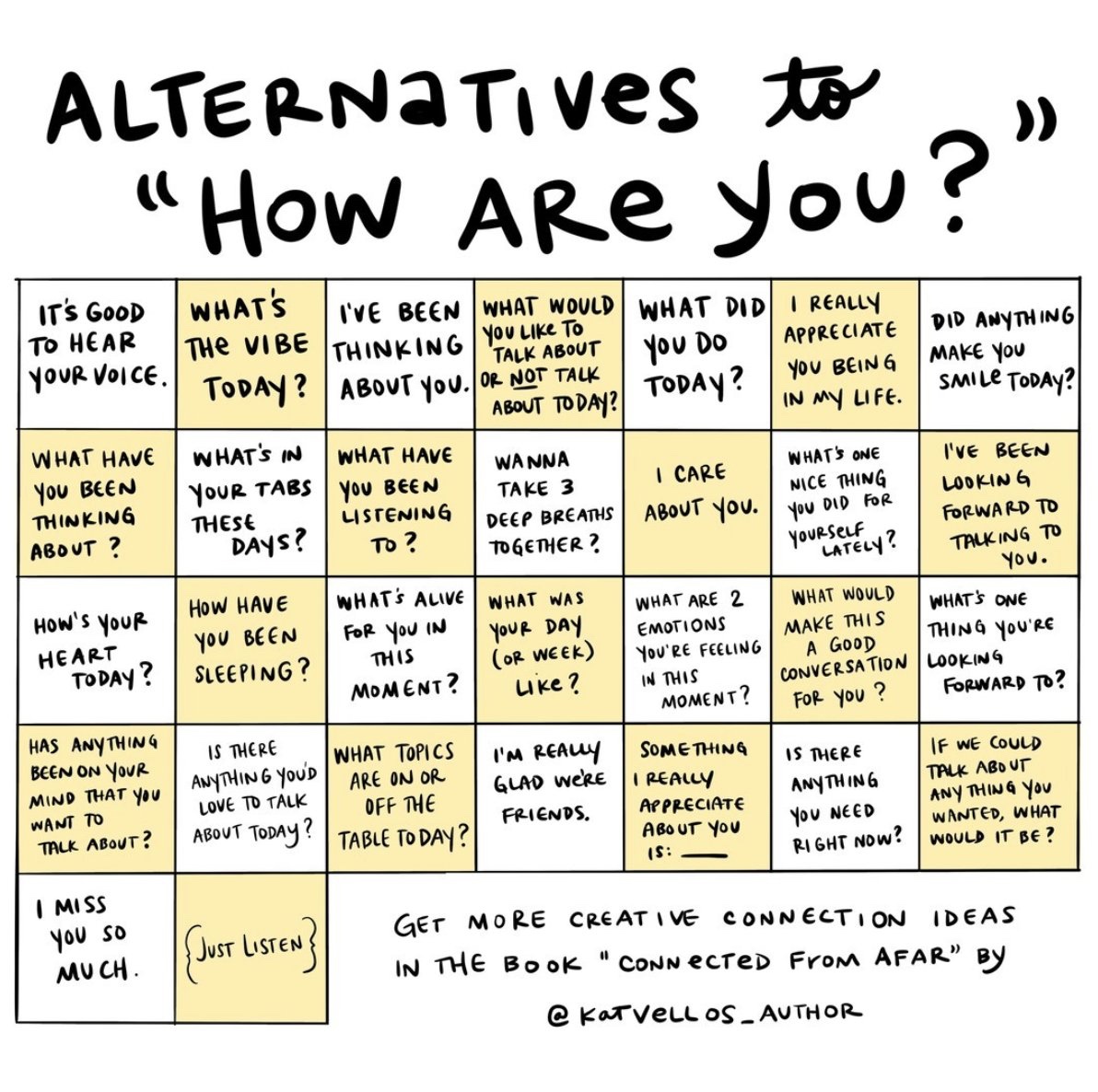 @KatVellos on twitter now that you have your lists, i’ll leave you to play with your own fears and desires as you wish. in the meanwhile, here’s something i found to help you with small talk that may help you make better inroads and connect us in the real sense.

let’s not forget that children in the playground don’t spend time making introductions. there’s just like ‘wanna play with me?’